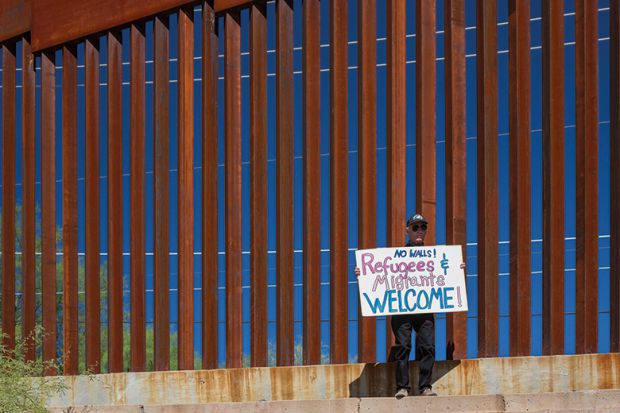 Source: Alamy
Crossing frontiers: ‘There’s a wall already. Despite that, the collaboration is there; it’s likely to continue’

“Impenetrable, physical, tall, powerful, beautiful” – that was Donald Trump’s description of the 2,000-mile-long wall that he plans to build on the US border with Mexico.

The wall would have as one of its neighbours a Mexican university, CETYS, which is committed to collaboration and exchange with the US.

CETYS (the Spanish acronym translates to English as Centre for Technical and Higher Education) has three campuses across the Mexican state of Baja California: in the border cities of Tijuana and Mexicali and in the coastal city of Ensenada.

With neat symbolism in light of Mr Trump beginning his presidency by restating his determination to build the wall with Mexico, CETYS and US neighbours San Diego State University and the University of San Diego jointly hosted the semi-annual meeting of the International Association of University Presidents between 2 and 4 February.

Fernando León-García, president of CETYS, told Times Higher Education that the timing and location of the conference was “coincidental” in relation to the start of Mr Trump’s presidency. But he added that “the times do make it more distinctive”.

He continued: “Despite what is going on, and what we fear, there is always the role that universities assume, or should assume, regarding promoting better understanding.”

Dr León-García highlighted the strength of existing collaborations between CETYS and US institutions in terms of student and faculty mobility, as well as joint programmes.

“Oh, and there’s a wall already,” he added. “There’s a huge fence built by the [US] military. Despite that, the collaboration is there; it’s likely to continue.”

Border fences run through both Tijuana and Mexicali. CETYS, the first foreign institution to gain accreditation from US regional accreditor the Western Association of Schools and Colleges, has 350 daily border crossers “coming south, not north, to study”, Dr León-García said.

Most CETYS students and faculty entering the US use the “global entry” system that expedites entry to the country.

“Unless that is suspended, I don’t see the crossing [of the border if a wall is built] being an issue; at least for this part of the population that relates to higher education,” said Dr León-García, who was formerly chancellor of City University of Seattle’s International Division, as well as chief academic officer of for-profit Apollo International/University of Phoenix International.

CETYS has a “growing number of students from outside Baja California”, mostly US students with connections to Mexico, and 48 per cent of the most recent graduating class had undertaken some study abroad, he continued.

CETYS is “moving from being an excellent teaching institution to one that is increasingly doing applied research and publications”, and within the next five years it aims to “move from a Mexican-centric professoriate and staff to one that is more globally focused”, Dr León-García said.

The flow of Mexicans into the US is not the only story on the stretch of the border near CETYS. Mexicali is “right next to an economically deprived community in the US”, Calexico, Dr León-García noted.

He added: “In that particular case, if the wall were to deter the flow of Mexican consumers [to] the US side in terms of [using] products and services, from an economic perspective that area [of the US] is going to be further deprived.”

Mr Trump’s policies could have an impact on Mexican universities. In his campaign, he pledged to end Barack Obama’s Deferred Action on Childhood Arrivals policy, which has allowed tens of thousands of Mexicans brought into the US illegally by their parents to work legally north of the border. Mr Trump is yet to clarify his present stance on the programme.

Dr León-García said that the Mexican government has developed contingency plans for “thousands and thousands of DACA-related youngsters coming back to Mexico”, including recognition of credits gained at US universities so that they can continue study in Mexico, as well as on allocating extra places and funding to Mexico’s public and private universities.

He also put the challenges posed by Mr Trump for universities in the region in wider context.

Dr León-García said that the challenge for universities was to determine “how we can we collectively continue to promote tolerance, understanding and a global and diverse perspective”.