How to save energy during COVID-19

Some college leaders are concerned about the symbolic impact of Trump’s proposed wall on collaborations and exchange, even as many wait to see what, if any, practical effects it might have. 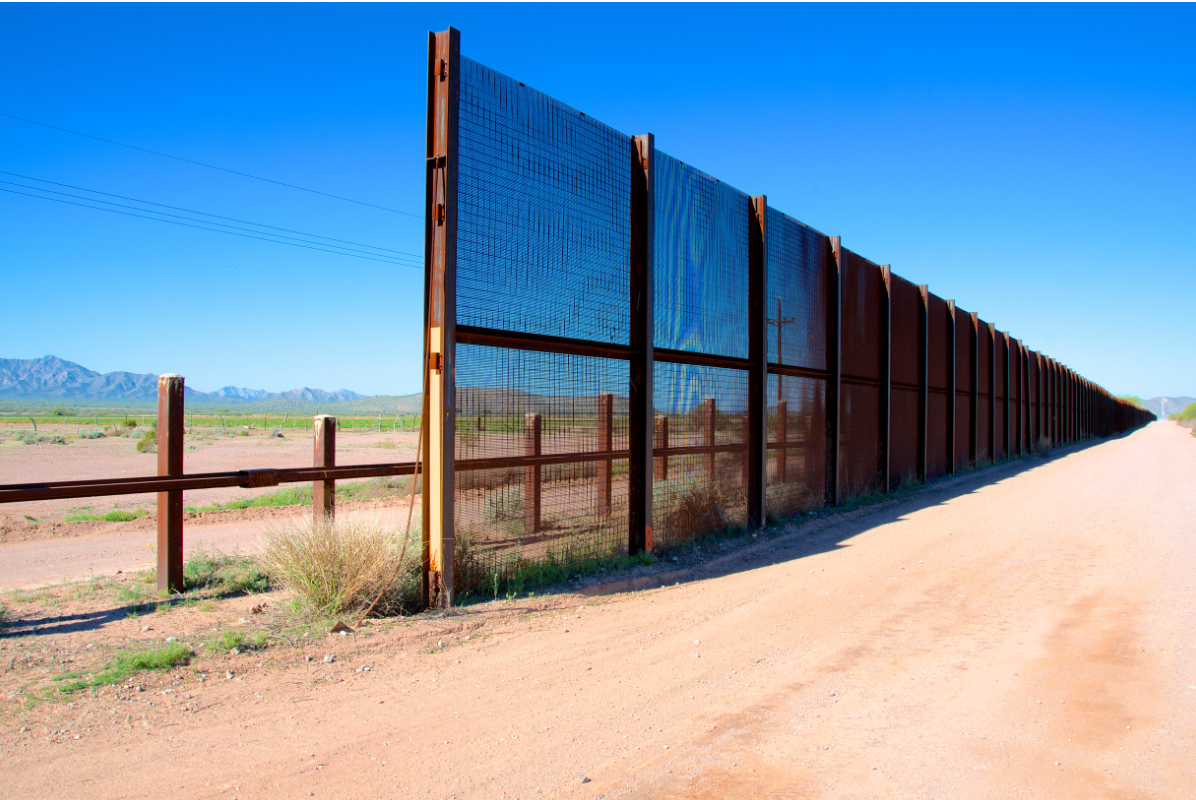 President Trump pledged to build a “great, great wall” on the U.S.-Mexico border. News reports indicate he will today sign an order to start building the wall. How would such a barrier, if built, affect cross-border higher education collaborations?

In some ways the direct impact could be minimal, as researchers and students crossing the border are generally doing so at designated border crossings, not jumping over the existing fence that already spans more than 650 miles of the 1,954-mile border, 1,279 miles of which run along the Colorado River and the Rio Grande (Trump told MSNBC last February that about 1,000 miles of wall would be needed because the rest of the border includes “natural barriers”). But while the wall itself might not prove a direct barrier to collaboration, some express concern about potential policy changes that could negatively affect U.S.-Mexico relations and the hostile message a wall could send to the U.S.’s southern neighbor.

“Much of that barrier already exists,” said Sean Manley-Casimir, executive director of the Consortium for North American Higher Education Collaboration (CONAHEC), which has about 170 member universities, primarily from the U.S., Mexico and Canada. The association formed in the 1990s shortly after the enactment of the North American Free Trade Agreement, which Trump has said he plans to renegotiate.

“It’s not an enormous change that he’s proposing in some respects. It is just a lot of noise,” Manley-Casimir said.

“But at the same time, I was at the ANUIES conference in Mexico City during the election and the day after when the results became evident,” he continued (ANUIES refers to Mexico’s National Association of Universities and Higher Education Institutions). “It was an interesting place to be at that time, because people were very somber …. I think many of them felt hurt by the fact that such a large number of people in the United States had supported a candidate who had such hostile rhetoric.”

In a statement after Trump’s election, the Mexican American Legal Defense and Educational Fund issued a statement saying that Trump “had built his campaign around thinly veiled anti-immigrant and anti-Latino appeals.” In his kickoff speech for his presidential campaign, in June 2015, Trump described many Mexican immigrants as criminals or rapists. He said then, “When Mexico sends its people, they’re not sending their best …. They’re sending people that have lots of problems, and they’re bringing those problems with us. They’re bringing drugs. They’re bringing crime. They’re rapists. And some, I assume, are good people.”

Trump promised to deport millions of people living in the U.S. illegally — more recently he has said he would focus on those with criminal records — and said he would end an Obama-era program that granted temporary protection from deportation and work permits to young people, many of them college students, who were brought to the U.S. illegally as children (he has since softened his tone somewhat, even as his administration’s exact plans for the Deferred Action for Childhood Arrivals, or DACA, program remain unclear).

Meanwhile, Trump’s signature promise to build a border wall, and to make Mexico pay the billions of dollars it would cost, was a rallying point for many of his supporters. “Build that wall” was a recurrent chant at his campaign events.

“The wall is symbolic,” said Josiah Heyman, director of the Center for Inter-American and Border Studies and a professor of anthropology at the University of Texas at El Paso, which sits just across the border from the Mexican city of Juárez. “It’s the United States turning its back on Mexico. I think that could erode the good relationships that we’ve built with Mexican students and with Mexican scholars.”

“I hope these relationships are resilient,” said Heyman, who is currently researching sustainable water use and agricultural irrigation in the border region. His research on a binationally shared water basin brings him to another point: “The wall is a kind of symbol that says everything just literally stops at the territorial border, but the local air shed for air pollution or the ground river or the river water don’t stop at the border,” he said.

“We can’t go into the future with what could be called a wall mentality, which is that scientifically and socially and economically important issues are stopped at the border.”

The Obama administration attempted to promote higher education exchange with Mexico through the U.S.-Mexico Bilateral Forum on Higher Education, Innovation and Research, known as FOBESII, and the 100,000 Strong in the Americas Innovation Fund, the latter a public-private partnership that provides grant funding for higher education partnerships throughout the Americas (not just between Mexico and the U.S.). NAFSA: Association of International Educators, one of the private-sector partners for the fund, said in a statement that the 100,000 Strong program will continue in the near term.

“To date, there have been no changes to the program, and with diplomacy so vital between the United States and Latin America, the connections among the institutions brought about by this program will hopefully help bridge gaps in foreign policy for decades to come,” NAFSA’s statement said. “Seventy-five percent of the funding for the program is from sources outside of the United States federal government. There are commitments from private-sector partners that will ensure the Innovation Fund will continue through at least the end of 2018, and because an NGO — Partners of the Americas — serves as the fiduciary agent for the grant competitions, we expect the initiative to grow and continue to thrive over the coming years.”

Fernando León García is the president of Centro de Enseñanza Técnica y Superior, usually called CETYS, which has three campuses in the Mexican state of Baja California, just over the border with California. The private university is accredited by the Western Association of Schools and Colleges’ Senior College and University Commission and has about 350 U.S.-based students who commute across the border from California to study there.

“In terms of the proposed wall, a fence or wall so to speak already exists (it has existed for many years), and this has not been a deterrent for colleges and universities to promote and implement cross-border collaboration,” León García said via email. “The foundation and progress of said cross-border initiatives are such that collaboration is likely to continue. The dynamics of cross-border collaboration have increasingly become intertwined such that in addition to activities between colleges and universities in the U.S. and Mexico, there are also a growing number of initiatives that involve said institutions joining forces to address the challenges of multinational companies located along both sides of the U.S.-Mexico border.”

“It is unclear exactly what measures and when the Trump administration will be implementing (e.g., the wall or stepping back on DACA),” León García added. “But it is evident that higher education institutions are committed to continue the dialogue and promote cross-border collaboration as the basis to develop a global and diverse perspective and greater international understanding, leading to more globally competitive students.”

At the University of Monterrey, a Roman Catholic institution in the Mexican state of Nuevo León, the U.S. is the second most popular study abroad destination, after Spain. “I have concerns with the anti-Mexican rhetoric, but as far as our work is concerned, we have an attitude that we have to wait and see how it develops,” said Thomas M. Buntru, the director of international programs.

“To be honest,” he said, “anti-Mexican attitudes in the U.S. are nothing new. … The rhetoric is a bit more crude, let’s put it that way, but I think we’ve been dealing with that for a long time. I’m not concerned about the physical safety of our students at this point in time. We’ll just have to wait and see how this all develops.”

Gary Edens is vice president for student affairs at the University of Texas at El Paso, which has about 500 students who commute to campus across the border from Juárez — typically about a two-hour process — out of a total population of about 1,100 Mexican students. Edens expressed a similar wait-and-see mentality about the possible effects of a wall.

“We already have a fence,” Edens said. “Most of the El Paso city area has a fence that separates us from the border. I think everybody on our campus is in a wait-and-see mode. We clearly have been very closely following all the rhetoric that’s come out of D.C. and happened during the election, but there’s not a whole lot of specificity yet. This community has dealt with the political rhetoric around immigration for decades.”

Edens added, “I think the biggest factor right now for our students from Mexico is actually the peso devaluation. Any time that happens to the peso, it affects the out-of-pocket costs for students.”

“I haven’t heard much about the wall. Clearly our students are always concerned about their ability to cross into the United States, to get their appropriate visas, but until we have more definition about what changes will happen, there’s not much more we can do,” Edens said.

Richard Lange is president of Texas Tech University Health Sciences Center in El Paso. He thinks the proposed wall is a waste of money and resources, but said it’s unlikely to influence the institution’s work. “Because the health on both sides of the border affects the other entity, it’s imperative that we have free exchange of ideas and free exchange of information regarding health issues and diseases and that we collaborate institution-wise and research-wise as well,” Lange said. “Will a wall stop that? No. That occurs through normal exchange, through normal points of entry on either side, and with bilateral communication and collaboration. Walls won’t stop that, and they shouldn’t.”

At the same time, Lange said, “if there’s a change in policy in how we interact with our neighbors, that’s where the impact would occur.”

“That’s the wall I’m concerned about,” he said. “Not a physical wall, but a wall that prevents us from being good neighbors.”

Change HE provision to cater for millennials, conference told-THE