A student from Baja California in Mexico will have an academic stay at Meta Inc.

“Zorros” from CETYS University and Leopards from the University of La Verne strengthened the bonds of friendship in a preseason game. The duel was disputed at the Zorro’s den at the Mexicali Campus with a festive atmosphere, finishing with Zorros’ victory over the Leopards by 34 points to 13.

In 2018 the Baja California team visited their Californian neighbors; this time the Leopards repaid the visit playing under the scorching Mexicali heat.

After an unpretentious ceremony in which the national anthems of the United States and Mexico were performed, the players jumped into the field eager to give their best. “Zorros” was the first to score.

Leopards, under the command of coach Christopher Krich, punted the ball in their first offensive. Zorros responded with a pass by Kevin Barak to Humberto López Cuevas right through the middle of the field, with Lopez Cuevas reaching the goal line after a 32-yard run.

In his second offensive drive, CETYS lost the ball when Barak threw for an interception at the 17th yard, which helped the Leopards to score. Zorros’ special teams blocked the extra point attempt by Diego.

During the second quarter, Zorros missed a field goal opportunity and La Verne turned the score around with a 32-yard run by Jonathan Gonzales. After Garcia’s extra point the score was 13-7.

At halftime, the black and gold team adjusted their formation. With 2:32 left in the third quarter, the advantage was recovered with an 11-yard rush by quarterback Mauricio Núñez that ended in a touchdown. After Soto’s extra point the board read 14-13 in favor of Zorros. CETYS scored again in the fourth quarter with a rush by Carlos Javier Rivas; with another extra point by Soto, the score was 21-13.

On the fourth quarter, the local defense maintained its superiority over the Californians. In what was the best rush of the game, Ismael Ayala drove the football into the goal zone, followed by an 8-yard running touchdown by Carlos Javier Rivas.

Zorros’ victory was solidified after an interception by Jesus David Gutierrez who ran 25 yards into the promised land. Soto’s extra point could not be completed due to a bad center, so the final score was 34-13.

At the end of the joust, coach Luis Cervantes shared: “After the game in Guadalajara we realized that we had to work more physically, we did so, and here we have the results”. 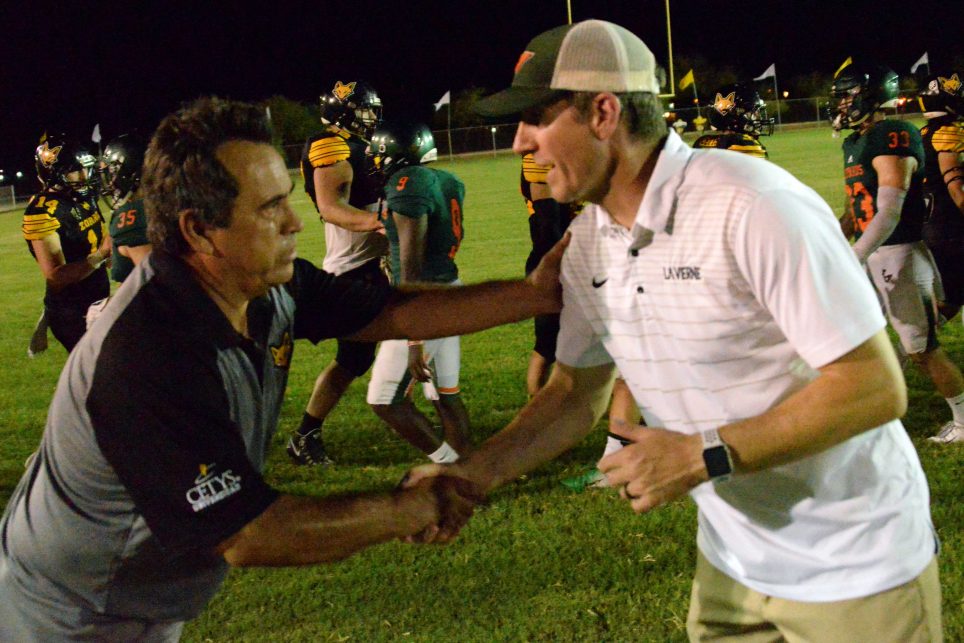 Laverne’s coach Chris Krich said he was happy for the experience gained by his players: “For many of them, this is the first experience playing in another country, that’s good for them.”

This was the first preseason game for Leopards, the second for Zorros. Next week CETYS University will visit Tigers of Occidental College (Los Angeles area) in what will be their last preparation game.