CETYS University has been recognized for its initiatives and commitment towards sustainability among other five latinamerican universities to collaborate in the Aiming Higher Project, a higher education docuseries by The International Association of Universities  (IAU) produced by BBC StoryWorks.

“CETYS has always been committed to developing the whole individual; sustainability is a must. As an institution we have incorporated sustainability as one of our four pillars for the current long-range plan”, said Dr. Fernando León García, President of CETYS University.

IAU Aiming Higher has recognized the work of 34 educational institutions from all over the world, in the areas of sustainable development, leadership, internationalization and technology.

There are several initiatives that CETYS highlighted within the context of sustainability. Such as, the RS WC initiative that involves making optimal use of water. Another initiative, CETYS Solar Power,  relates to solar energy and the Project in its structure will be generating 1.2Mw which makes this, currently, the biggest project of its nature in all of Latin America. A third project, relates also to waste, the “Zero Waste Initiative”, and finally, the project called Mobile Renewable Energy Lab, that aims to teach young students about renewable energy sources.

“We know it’s really hard to change people’s habits, that’s why Instead we’re changing the system. Making it easier for everyone to do their part in saving our environment” said Christian Iñiguez, graduate of the Renewable Energy Engineering and part of the RS-WC project. 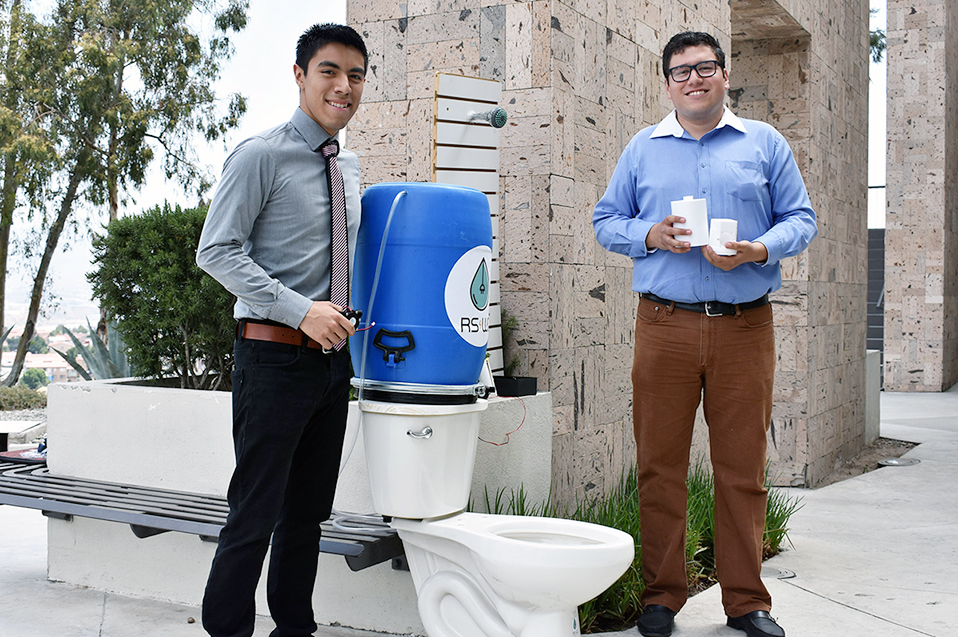 The objective of IAU’s Aiming Higher is that universities from all around the world show the important core values of higher education, and how this is central to prosperity, innovation and social change, contributing to creating a fairer and more sustainable societies. In this, CETYS University has been recognized for its instrumental work in sustainability development in communities, through its diverse academic programs and initiatives, in its way to a more sustainable world.

To learn more about this: