Online education in times of pandemic

The relevance of pursuing an undergraduate degree amidst the pandemic

During the celebrations of CETYS University’s 56th anniversary, the renowned Mexican journalist and writer, Jorge Ramos, offered the Keynote Conference, “The Future of Mexico and the US: Transcendence of the Border and Education”. At the end of his presentation, Ramos announced a donation of $ 10,000 to be destined to rebuild devastated areas by recent natural disasters in Mexico, which will be matched by the student community and complemented by CETYS, for a total sum of $ 25,000.

“I have a challenge for CETYS students: after the earthquake there are a lot of needs in the center of the country, it needs a lot of help and you can do it,” said the journalist, who is considered one of the 25 most influential Hispanics in the United States. 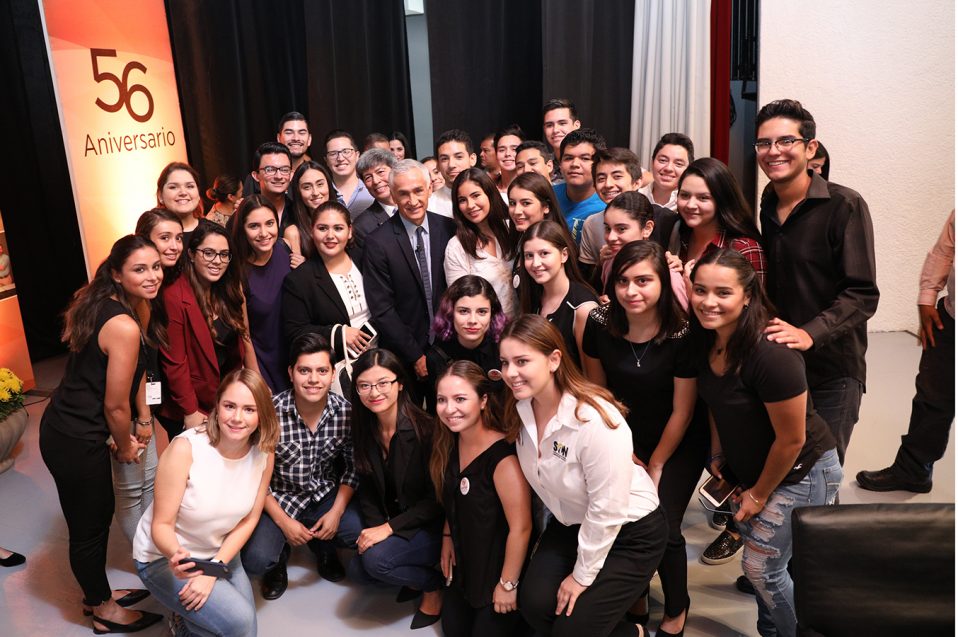 Jorge Ramos invited the student community to channel the sum in the best way, inviting them to make use of the entrepreneurship and innovation that characterizes them to collect the amount. The effort will be carried out with the support of the FORTES student leadership group, using the institutional link of the University Network for Disaster Prevention and Care (Unired), of which CETYS is a part, as coordinator of the Northwest region.

Dr. Fernando León García, President of CETYS University, also committed a donation of $ 5,000 by the institution, to add up the total figure. He was grateful for the presence of Jorge Ramos, who shared his vision and experiences as a journalist, and as a binational citizen.

“You at the border should take the lead to start changing things,” he said. He explained that young people are the new generation that is changing Mexico from within. “You are the Mexico in which I believe,” said Ramos.

The celebrations of the 56th anniversary began with a commemorative event where one minute of silence was kept by the victims of the earthquake catastrophe. The event was attended by members of the academic community, administrative staff, graduates and special guests of the three levels of government and business executives of the region.

Miguel Ángel Mendoza González, Secretary of Education and Social Welfare of the State of Baja California, representing the Governor of the State and Mr. Juan Ignacio Guajardo Araiza, President of the Northwest Educational Institute, A.C. (IENAC), offered a message to the audience. “CETYS should always be a reason for pride for us and for the community,” said Guajardo.