Our President’s Office is firmly committed to education of the highest quality. 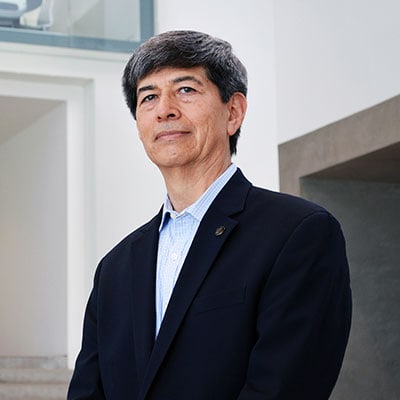 Message from the President

At CETYS University we believe in all who want to achieve their dreams.

Since more than half a century, CETYS Universidad has prepared Baja California’s young entrepreneurs and leaders. Moving forward onto the year 2020 we continue working towards high quality education, global competitiveness, a true learning community and the continuous search to be known as a prestigious institution due to their actions and results towards sustainable development.

CETYS offers some of the best academic program, to create opportunities for young leaders to enhance their skills and to demonstrate their capacity to stand-out in an increasingly competitive world.

We have been fully committed in supporting students with many options of scholarships and financial aid, strategic partnerships with top universities around the globe and the constant update and review of our academic offer.

With our students and their preparation always in mind, we hope your time at CETYS assists in instilling a vision for change, for values and for positive impact in your communities and the world. Dr. Fernando León García was appointed as the sixth President of the CETYS University System in the summer of 2009 and took over the role on January 1st, 2010, becoming the first alumnus of the Institution to do so. His tenure has been distinguished by the creation and implementation of the CETYS 2020 Development Plan, which has resulted in a substantial increase of institutional quality, multiple international accreditations (Western Association of Schools and Colleges or WASC, Accreditation Board for Engineering and Technology or ABET, Accrediting Council for Business Schools and Programs or ACBSP), and global distinctions by higher education organizations such as Times Higher Education (THE) and Quacquarelli Symonds (QS Stars), which reflect a strong focus on research.

Dr. León has led the largest expansion of physical infrastructure in the history of CETYS, achieved unprecedented levels of employability, and has driven the institution’s internationalization efforts, attaining one of the highest university internationalization rates in Mexico.

In 2022, he will launch the CETYS 2036 Plan, which establishes the foundations for institutional development and innovation towards the university’s 75th anniversary.

As of July 2021 and until July 2024, Dr. León García is also President of the International Association of University Presidents (IAUP), a unique worldwide platform comprised of university chief executives that facilitates the exchange of professional experience to strengthen the international mission and quality of education in an increasingly interdependent world.

He is or has been a member or chairman of multiple higher education organizations and task forces including:

American Council on Education or ACE (Commission on International and Global Engagement; ACE Council of Fellows); He was an American Council on Education Fellow from 1998-1999 with internships at the University of Arizona and California State University, Monterey Bay. He took part in the Harvard Seminar for New Presidents in 2010.

He is a regular anelist at international Higher Education Congresses and Conferences. He is a columnist with frequent participation in national and international media.

Click here to know more about CETYS and our history

Get the latest news from CETYS, subscribing to our Newsletter.